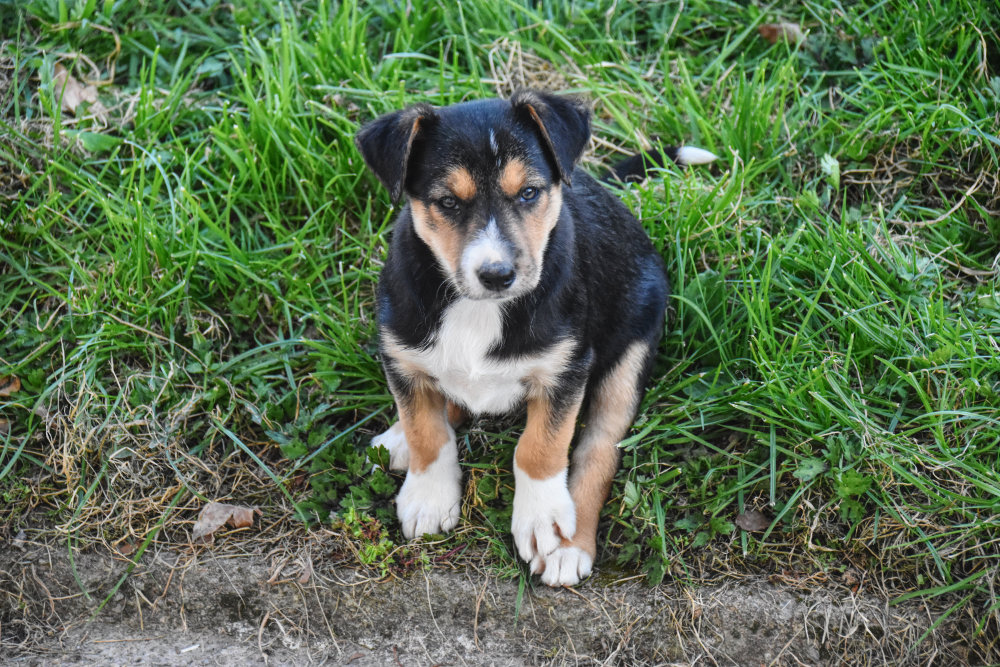 By Jack MontgomeryMay 4, 2022No Comments

I’ve never really thought about the early life of puppies before. We all know they’re off-the-scale cute, bags of fun, and can melt even the most granite-hard of hearts. But, till now, in my head a puppy’s life started when its new owners collected it.

I remember running home from school when our Old English Sheepdog pup, Shane, arrived in a wooden tea chest. He’d just completed a long, lone journey to an island off the west coast of Scotland from somewhere in the south of England. For me, his life began when he staggered out of that box and a ball of fluff with big eyes fell into my arms. I didn’t think for a second what his life was like before that moment.

But now I do, and it upsets me a little. 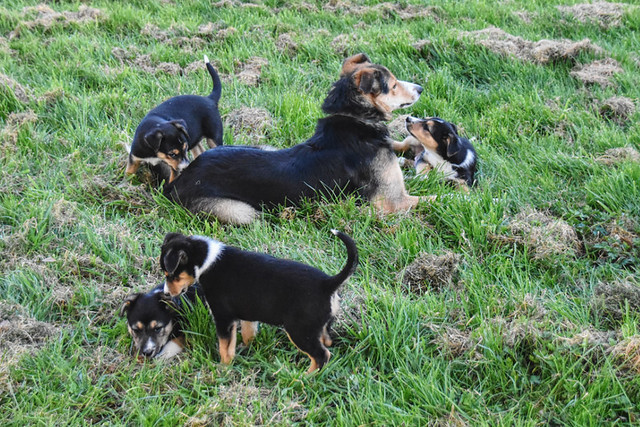 The reason for this is Bonnie, one of our neighbours’ collie dogs, and her litter of seven pups.

Bonnie has awed and impressed us as she illustrated what being an instinctively good mother involves. She cleaned up after her pups when their eyes were still closed and they were too groggy to stand up without falling. We watched as she introduced them to the boundaries of their world on the farm, dragging wayward rogues back by a leg or the scruff of the neck if they wandered across an invisible line set by mum.

Day after day, we enjoyed seeing them grow and evolve. We were regularly distracted from work by the antics taking place outside our window. Whenever we popped across to their wooden enclosure to say hello, we were engulfed by a wave of seven barrel-shaped little bodies. A few times, we had to round up the more adventurous ones up when they found a way out of the enclosed garden to go exploring without mum. They weren’t ours, but we felt a strong connection to them. 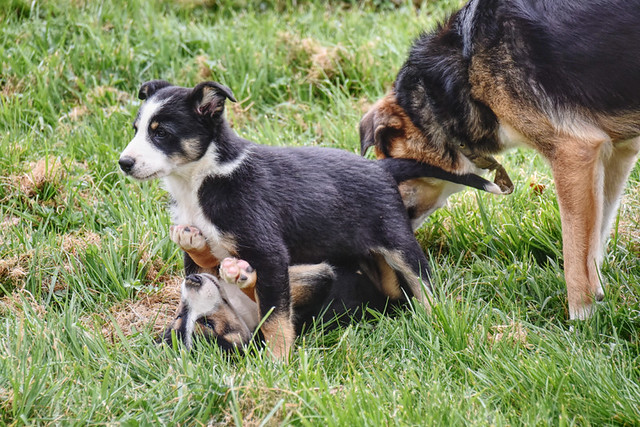 Then one was sold. We saw it go from playing with its siblings, bouncing and rolling around the garden with the joi de vivre only the very young have, to being carried away from the farm in a stranger’s arms. It invoked a feeling of loss.

A few days later, a couple more went and instead of seven pups play-fighting with each other and their mum, there were only four. Observing this erosion of a family from a close distance, it brought something home for the first time. How must the other pups feel when a brother or sister suddenly, and inexplicably, disappears? What anguish does their mother Bonnie go through when she returns from a day working in the fields to find some of her litter missing? I’m not trying to apply human emotions. But, having seen just how lovingly and carefully she looked after those pups, she must feel a sense of loss on some level. Maybe even failure that she’s misplaced, or allowed something to happen to, her babies. One minute they were there, the next they were gone. 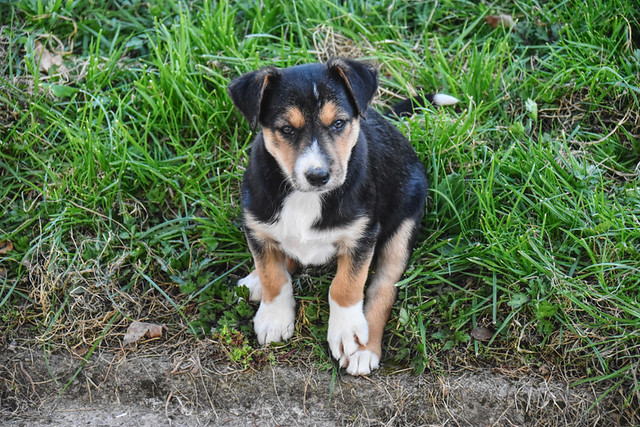 Now there is only one pup left and it’s sad to watch it bouncing around the garden on its own rather than in the rumbustious company of its six siblings.

It’s sentimental for sure, the pups have all gone to good homes and the litter could never have stayed together, but from now the sight of a lone puppy will come with a tinge of sadness attached.