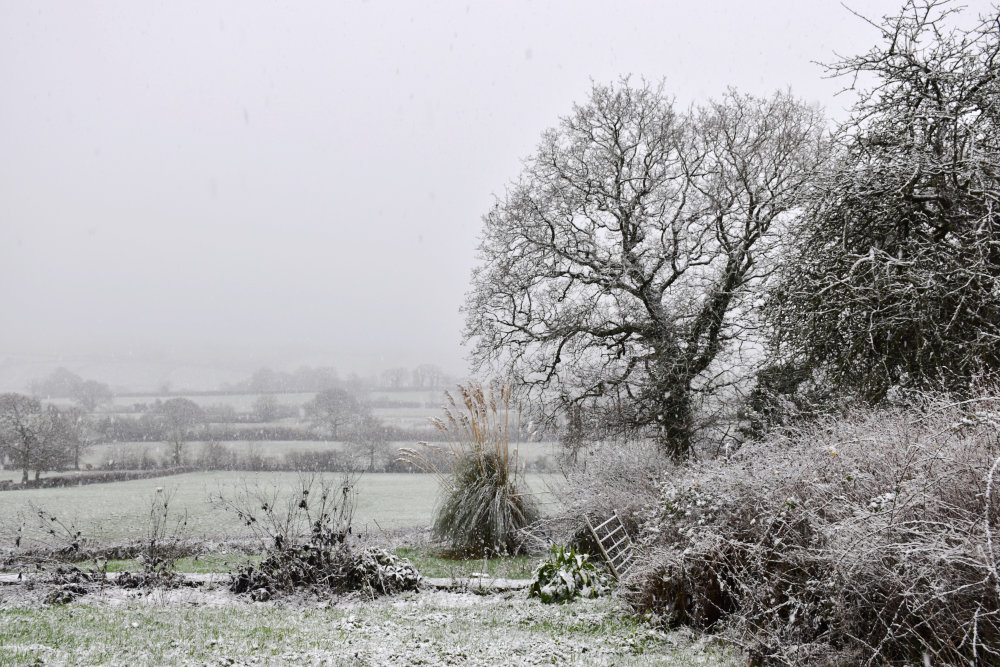 Ten things about moving back to Britain

By Jack MontgomeryFebruary 1, 2022No Comments

A couple of friends asked us recently how it felt to be back in Britain, if we missed life abroad.

Although we do miss many aspects, it’s not something we dwell on. We like to look to forward rather than back, so those chapters of our life are filed away. But we do quite enjoy being somewhere we’re out of our comfort zones, where even little things can be a challenge … only up to a point though. We enjoy unfamiliarity, things that are different.

In a way, we’ve got that where we are now. Devon/Somerset is new ground to us, and life in deep farming country is not something we’re used to – from dealing with escapee sheep and horses to playing chicken with over-sized tractors on anorexic country lanes.
Pondering the question further, I thought it might be interesting to compare how we now feel about ten aspects of everyday living. 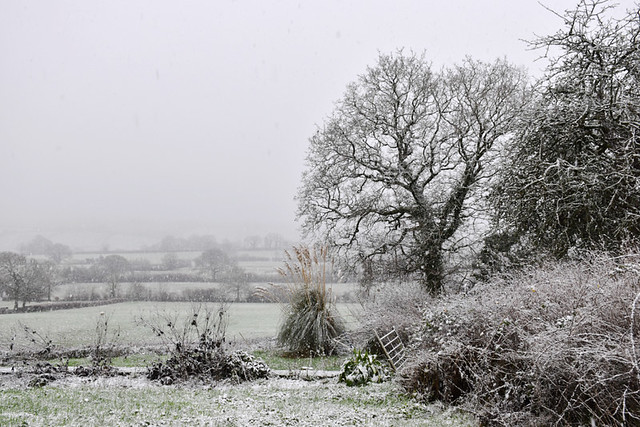 It’s been 20 years since we’ve seen a sight like this outside our window.

A big worry was how we’d adjust to British weather. So far, it’s not been as depressing as we expected. The sun shines a decent amount of the time, and the variations in weather are still a novelty. I’m fascinated by the changes in scenery out of the window. A big plus is getting to wear clothes we rarely got to wear in Portugal and Tenerife. Plus, walking is far more comfortable in cooler temperatures. But we do miss not being able to sit outside with a beer at the end of the day.

When we moaned it was cold in our house in Portugal, we got little sympathy from friends in Britain, who boasted far colder temperatures. But, importantly, not inside their houses. A year ago, at this time of year, it was 5C in our kitchen in Portugal. Today, it’s 26C – too hot thanks to a Rayburn – without the central heating on. We are enjoying being in a home which is cosy when the temperatures drop. 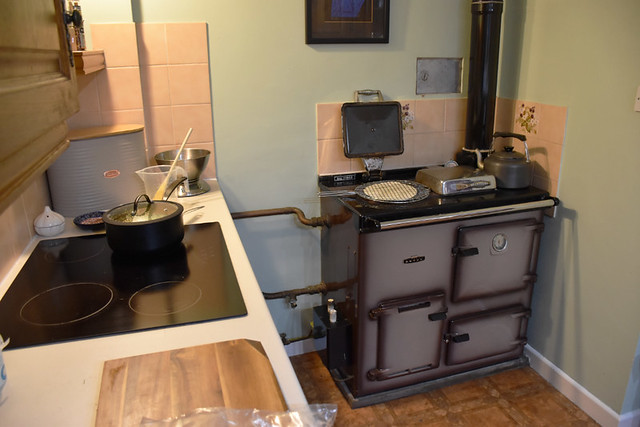 T-shirt weather in the kitchen thanks to this beast.

In both Spain and Portugal, I’d regularly bitch about how much time was lost just doing fundamentals – banks, post office, health … any admin that involved dealing with the authorities. It’s been a joy to be able to do so many things at the press of a button. Yes, there are occasional frustrations, but they are just not in the same league.

I can understand why materialism is a bigger problem in the UK than in many other European countries, there’s such a choice of things to spend money on. For the first time in years, we felt inspired enough to buy each other Christmas presents. We are spoiled where we live. We have two villages within 10 minutes which punch above their weight in terms of ‘local’ shops, a small town within 20 minutes, and two big towns just under 30 minutes away. And we have access to a Waitrose, which has been a revelation. 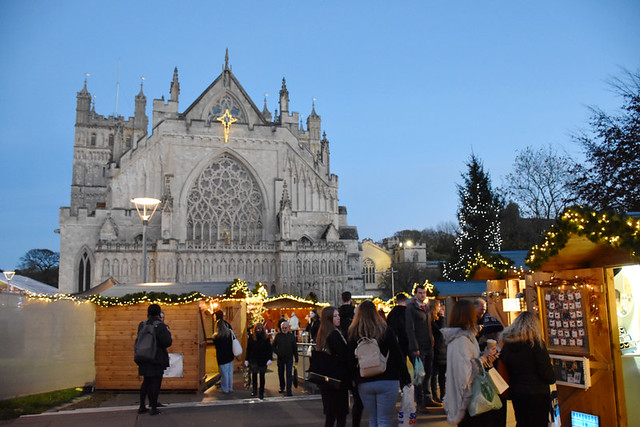 I don’t mind materialism when it looks like this.

Social media, MSM stories, and recent voting patterns had us concerned we were returning to a nation of intolerant and not very pleasant people. Experience so far hasn’t backed this up. We might not share the same views with everyone around us, but it’s been rare not to meet someone who hasn’t been incredibly friendly – in shops, in business dealings, on paths. In this respect, it’s no different than the attitudes we encounter in other lands.

We gave up watching Spanish and Portuguese TV a long time ago, as soon as streaming, and a half decent internet signal came to our rescue. I don’t care what anyone says, British TV is superior. Saying that, we still don’t watch it, preferring to cherry-pick using the likes of BBC iPlayer, All 4, Netflix, and Amazon Prime. There are also better programmes on the UK version of international streaming platforms. 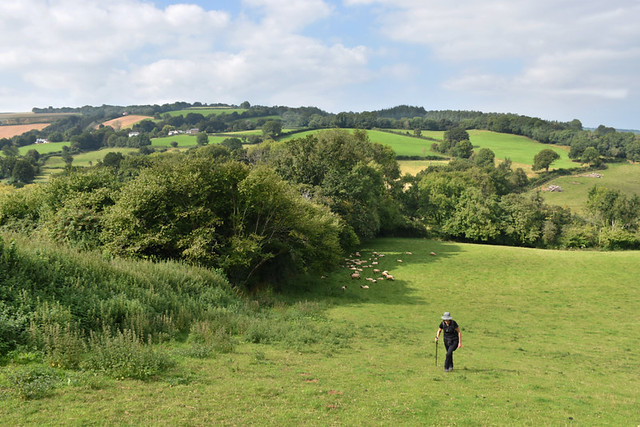 In Portugal, we could walk out the door and through a cork forest. Here, we step out the door onto a public footpath crossing gently rolling hills. There’s a mesmerising network of paths to explore around us, and the scenery is lovely. But it’s not dramatic. One thing we really miss is the drama of walking on Tenerife, still one of our favourite places for exploring on foot.

After six months, it still comes as a shock when someone says they’re going to post something to me and it pops through the letterbox the next day, or the day after – it feels like magic.

Unsurprisingly, the cost of living is generally higher, but there are swings and roundabouts. With grocery shopping, some things are more expensive, others are cheaper. Ironically, smoked salmon is more expensive here than in Portugal; berries are cheaper. Cars are also less expensive here, and we’re not paying as much for ADSL and phone packages. Utilities on the other hand …
Eating out in both Portugal and Tenerife was more bank account-friendly, and as for the price of a bottle of wine, restaurants and pubs in the UK are having a laugh. 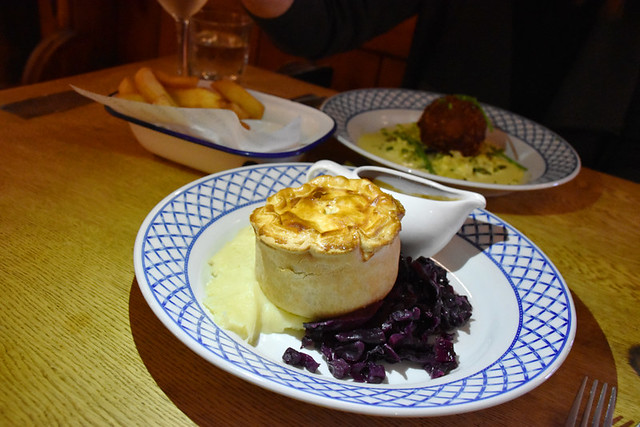 Pub grub – nice, but a bit on the hearty side for our tastes.

There’s nothing that compares with the cosy ambience of a good British country pub; it’s one of the things we craved. And there are plenty near us, many of which are more gastropubs now. The food on offer has been a mixed bag. Some particularly good, some less so. One of the things we are struggling to adjust to is the heartiness of the portions. After years of a lighter, more Mediterranean-type diet, British portions are too much. I regularly crave picking at tapas or petiscos.

Overall, returning to Britain has been a positive experience. I wouldn’t say it was better or worse than anywhere else we’ve lived, just different. I think if you’re a positive person, you’re going to find the best of wherever it is you happen to lay your hat.