By Jack MontgomeryDecember 6, 2021No Comments

It had been eight years since we sat on the covered terrace of our friend Jo’s parents’ house in Hay-on-Wye. Mid November, and the sun beamed right down our throats, warming us as we oohed and aahed at an enchanted garden we’d coveted since the late 1980s, well Andy had. In the late 1980s I had yet to learn to appreciate the joys of gardening. The Brecon Beacons begin almost where the garden ends. It is a very special place in many ways 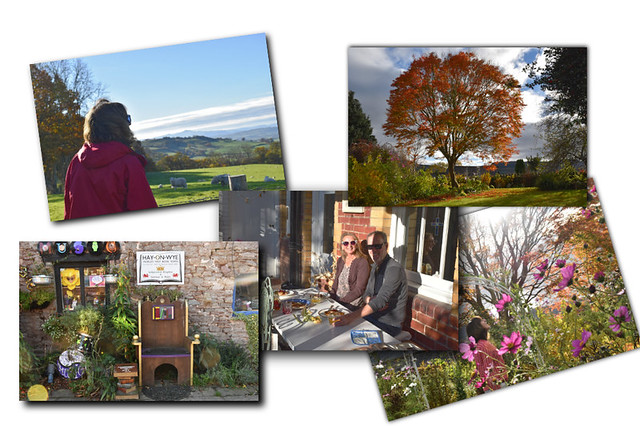 I hadn’t always liked Hay, or the house. On my first visit I felt like an uncouth outsider – a tag pinned on my head by myself, nobody else. No, everybody was extremely welcoming and friendly. I hadn’t liked the place because I wasn’t comfortable there. It made me feel very mundane. Hay is full of colourful characters – even more so back then – interesting people who have fascinating lives. I worked in a dole office. Many of these characters were regular visitors to the house. They also joined us in the pub where we spent much of our time, too much time … and yet never enough. They were rainbow-coloured; I was grey. Even the house had a flamboyant personality. April Ashley, one of the first people in the UK to have gender reassignment surgery, had lived there.

The food was different as well. I was horrified at breakfasts not consisting of greasy mounds of fried food, and ‘far too healthy’ lunches that involved homemade soups and crusty breads with a selection of cheeses and oddly-coloured dips from the town’s deli. To a young man from a small Scottish island, everything seemed alien. 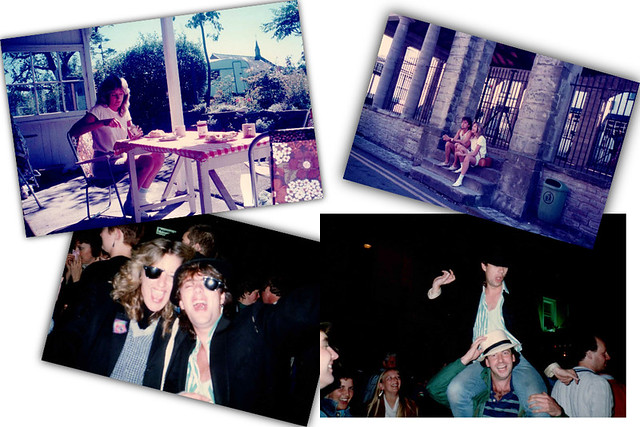 With each visit, my self-built barriers came down little by little and I started to crave the different flavours rather than fear them. Visits to Hay played a huge part in a cultural and gastronomical awakening for me. It became a regular weekend haunt, a bolthole from which to escape the urban conveyor belt. We’d finish work on Friday and set off on the three-hour journey to Hay, arriving by 9pm and heading straight to the pub – initially the Granary then, in later years, Kilverts or the Blue Boar. By 10pm we were drunk as skunks. We always claimed it wasn’t the volume of alcohol, or the depth chargers, it was the country air and intoxicating atmosphere.

Weekends in Hay involved much partying, many hangovers, and a lot of silly fun. There was often great live music to be heard; from Blake’s Three singing Fine & Dandy in a local pub to listening to the likes of Thomas Lang at the Brecon Jazz Festival. Sometimes Jo’s parents were there, sometimes they weren’t. Thinking back, it amazes me how they tolerated the ragtag bunch of strays which used the house as a weekend base. They not only tolerated us, they made us and every other Hay pilgrim feel welcome, It became a home from home. 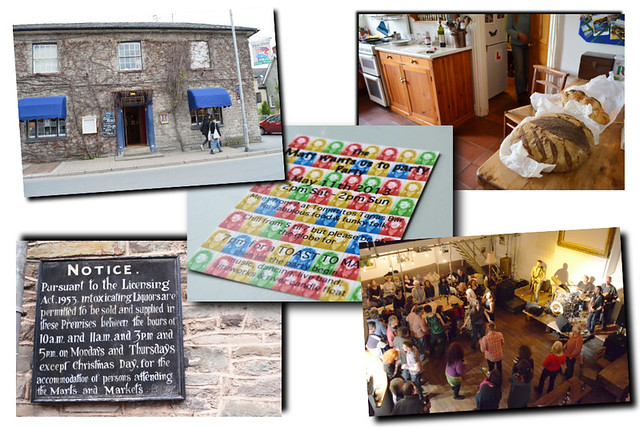 Many special memories were created there over the years. It was at this house I proposed to Andy. Thinking about sitting on the terrace there evokes similar memories as ones of childhood summers, the sun’s always shining in them.

In 2013 we relived the halcyon days of the late 80s/early 90s when much of the crew from that time gathered in Hay again to remember and celebrate Jo’s brother who was taken far, far too early 20 years earlier. It was like time-travelling. Unfortunately, being 20 years older, the hangover was 20 times worse. We travelled directly to Croatia after the weekend-long party, landing at Zadar not knowing the name of our accommodation or where it was.

And then there was an eight-year gap. Too long. We nearly got back there in June as we were walking in the Brecon Beacons, but it had to be shelved at the last minute due to overgrown paths, honestly. In mid-November, we finally managed to return, staying in the attic where we used to believe a wandering ghost, the attic stroller, paced up and down after dark. Being older, wiser and a bit more sensible, the partying element was toned down, but the ingredients were still there: a pint in the Blue Boar; a peruse of the bookshops; a meandering walk into the surrounding countryside; homemade soup and mackerel pate for lunch; and a Saturday night sitting drinking wine, listening to music, and catching up with our friend while trying not to disturb her dad too much. With age comes consideration. It felt special … again.

There have been many upsides to moving back to Britain after years of living abroad. Being able to catch up with friends and family face to face more often, and to revisit old haunts like Hay-on-Wye and see people we hadn’t seen in far too long a time is the most important of them.