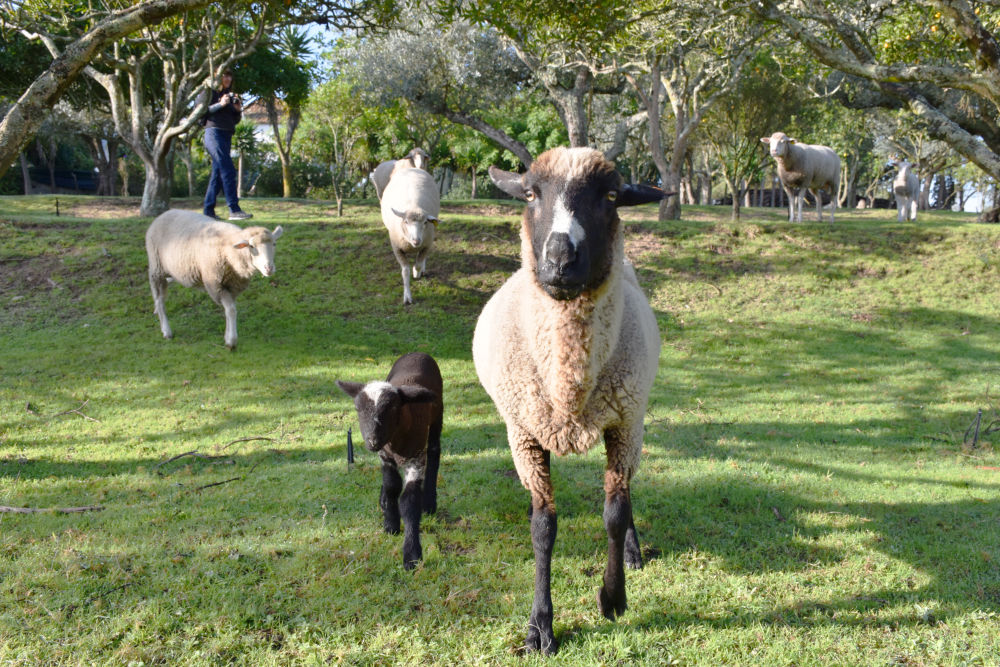 The sheep have been sent out to work.

Not a lot has happened in our part of Portugal since the last entry. Spring has popped in to say hello; the house has been flooded (again); we spotted a Lilliputian UFO; and the sheep have been sent out to work.

More flowers sprouted in the woods, daytime temps rose to 21C in the shade – far higher in direct sunlight, enough to walk in tee-shirts – and we thought/hoped winter had packed its bags and headed south. But winter has been reluctant to give up centre stage, returning again and again for encores that the audience hasn’t requested. One day we were basking (and sweating) in the sun’s enthusiastic embrace as we walked the cork forest/stork farm circuit, the next I was donning waterproofs to brave yellow alert level rain and thunder as a river of rainwater gushed under our back door whilst, at the front of the house, cascades ran down the inside of the kitchen wall, playing pinball through the water heater before splatting into a trio of Tupperware containers on the kitchen counter.

The cause of the rear door river was a gutter dammed by a year’s worth of pine needles which directed a waterfall on to a back terrace whose uneven surface slopes toward the pit at the back door. One second I was watching the water rising, saying to Andy, “I think I’m going to need a jug” the next I was crouched outside the back door bailing out water as if in a sinking lifeboat as Andy mopped furiously inside like a shipmate on speed swabbing the decks. I managed to clear the blocked gutter without getting zapped by lightning, but getting soaked from head to toe, so that little problem was sorted hopefully once and for all as we’ve got ’em Abril, aguas mil’ to look forward to. But the leaky kitchen roof required skills beyond mine, so Senhor Zé and cronies were called in. They’re due to return later today to finish the job, and so is the rain.

Part of the problem is that since Fernando left to work at the docks, and DC wouldn’t allow him to return ad hoc as he was considered a COVID risk, restrictions have made it difficult for DC to engage a regular handyman to replace him. All the little jobs he quietly got on with – wood chopping, clearing gutters etc. – have been neglected. As time goes on with restrictions still in place, more and more problems arise.

Dona Catarina was mortified when she heard about our problems and immediately insisted we pay her less rent, but we declined. Shit happens as they say, and it was going to cost her to fix the problems, so it seemed unfair that she had less money coming in when more would be going out. 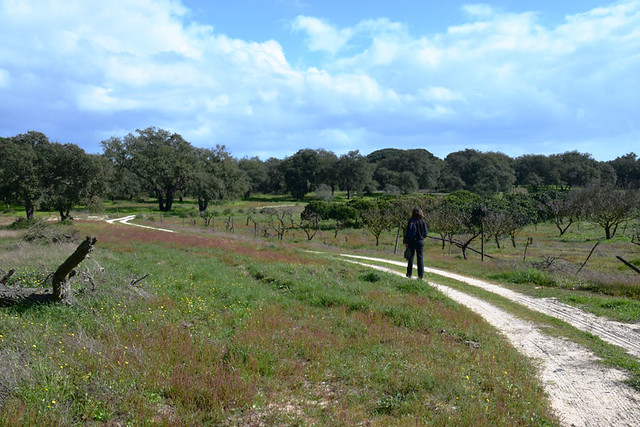 The day following the flood spring nudged winter aside and we had to cut al fresco lunch short as it was just too hot to spend too much time outside. One day we’ll be walking in the forest commenting the breeze is bitter, the next we’ll be welcoming its refreshing caress. This is what change of season weather is like, it was similar on Tenerife. On one of our walks we spotted the UFO. It was the size of a boomerang and shaped like a mini stealth bomber. At first we thought it was a bird, but its movement was too mechanical. It glided across the sheep field in a perfect straight line, banked, turned and came all the way back with nil wing-flapping involved. Friends suggested a drone, but there were no propellers, and who would be droning in such an area anyway, the shepherd? He can’t even work a watch. Whatever it was, it was a mystery.

As was the sheep suddenly going AWOL about a week ago.

Andy realised she hadn’t been aware of the sheep when she was hanging out the washing, and couldn’t remember seeing them for a couple of days. Sure enough, when we investigated further we couldn’t spot the sheep anywhere. We feared the worst with Easter coming up, but the sheep are like DC’s children, so it seemed unlikely she’d get rid.
“They’re out at work,” she told us when we sought her out to solve the mystery of the missing flock.
It turned out they’d been farmed out to neighbour Senhor Antonio who has many fields, but no sheep. “His grass is long, mine is short, so the sheep are being sent to Senhor Antonio until they eat all his long grass.”
Each day at around 09:30 DC leads a line of sheep through the pines and over the dirt track to Senhor Antonio’s. At around 17:00 she goes to collect them, and leads them back home.
“They love it over there,” she told us. Proof, perhaps, the grass really can be greener on the other side.

What’s funny is the work must tire them out, because since they’ve started working for their keep we’ve hardly heard a peep out of them. A day toiling in the fields must leave them too exhausted to BAH.

What I’m unclear about though is whether they’re breaking the law or not. Is grass-eating considered an essential job?