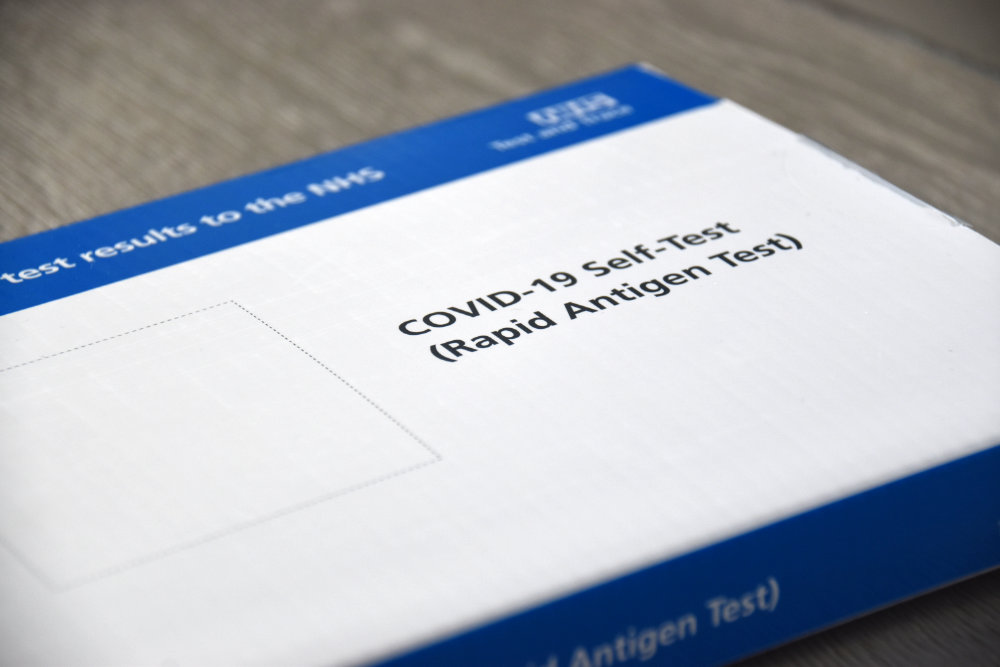 By Jack MontgomeryJune 16, 2022No Comments

A few weeks ago, The Guardian’s Tim Dowling’s wrote about catching Covid so late in its arc that nobody really cared anymore; not even his wife. She still expected him to mow the lawn despite his being struck down by the dreaded lurgy.

Now I know what he means.

Andy and I succumbed to the inevitable somewhere on a ten-day road trip covering the Hay Festival, a swathe of Dumfries & Galloway, the Isle of Bute, and a whistle-stop tour of the Lake District.

I suspect it was a hotel breakfast buffet that did for us. I watched a coughing splutterer of a woman doing the rounds, touching everything between pressing a soggy tissue to her nose. Even after two years of being told how to help prevent the spread of a virus shoved down our throats, she didn’t think twice about blowing her nose before rifling through slices of bread like they were LPs.

Andy felt dodgy on the night we returned home. She was worse the following day. By the third day, she felt horrible, with energy totally depleted and skaters wearing razor blades using her throat as an ice rink. My symptoms rolled out a day behind – slightly scratchy throat; fever, but not extreme; and a complete lack of energy.

We pulled up the drawbridge, drank loads of water, lolled about dozing most of the day but, in Andy’s case, less so at night when the razor skaters were most active, sipped at hot toddies and lemon, honey and thyme concoctions, and tried to make something remotely appetising out of the few ingredients in our cupboards.

This was difficult on two counts. One, Andy completely lost her appetite. Two, catching Covid at the end of a trip away meant we were virtually out of food. Unlike the disease spreaders (Covid or otherwise) we try to prevent inflicting our germs on others, so we relied on a home delivery to save us, which left us short for a couple of days as we waited for a time slot. When our order finally arrived on Saturday evening, we behaved like the driver was an aid worker delivering essential supplies to a disaster zone. We may have even waved our arms about as he drove up the track to the house.

Although we both felt incredibly sorry for ourselves, other people generally reacted without too much concern. It’s yesterday’s news. Everybody else (nearly) has already had it, so it’s been downgraded from “OMG, that’s awful” to “Really? Did I tell what the cat got up to this weekend?”

Andy’s sister didn’t even pass on that we had it when she met up with some of the rest of the family after we’d rasped at her over the phone.

Some people did show concern … for Andy. On the phone to my Mum, she said over and over, “Tell Andy I hope she gets better soon.”

I’ve found myself saying to people, rather pathetically, every now and again, “I have Covid as well, you know.”

I’m not after sympathy, just acknowledgement.

One week on, and Andy’s feeling better. Not totally tickety-boo but a massive improvement. Her appetite came back last night, and we had Moroccan potato stew which, although tasty, was more Moroccan potato soup due to a miscalculation with the amount of water added.

“Hmm, I knew you put in too much water. I should have insisted you didn’t add so much,” Andy remarked, leading to a mini argument, leading to another sorry-for-myself exclamation of “I have Covid as well, you know.”

I’m just relieved we don’t have a lawn.