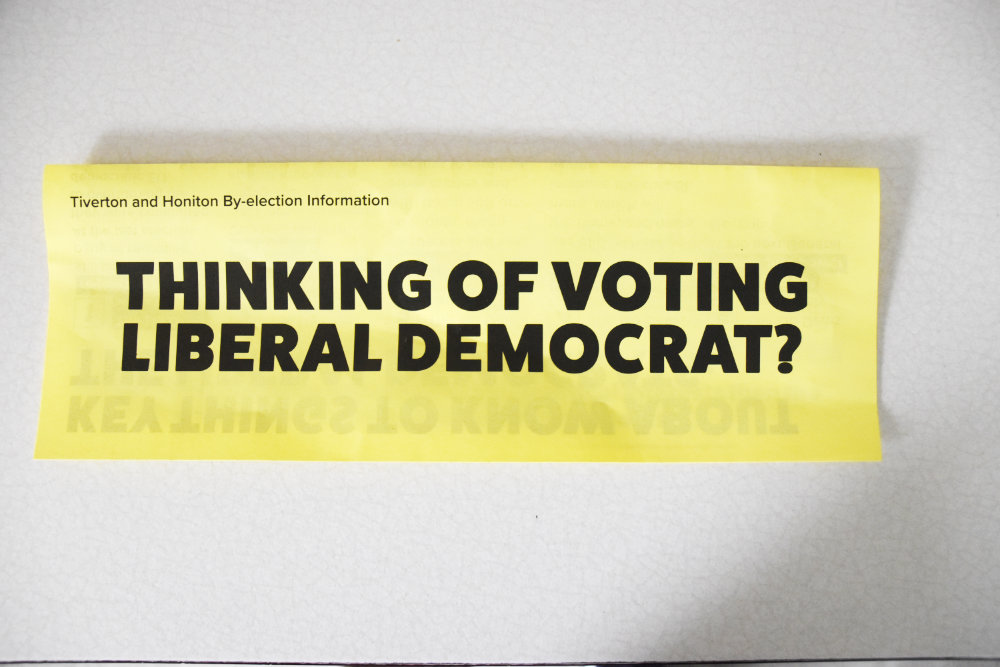 By Jack MontgomeryJune 8, 2022No Comments

We’ve not been exposed to political leaflets popping through the letterbox for nearly 20 years, so it was quite novel when the first arrived, signalling the forthcoming battle for the Tiverton and Honiton by-election.

Most leaflets went straight into the recycling bin, but one that arrived yesterday stood out. 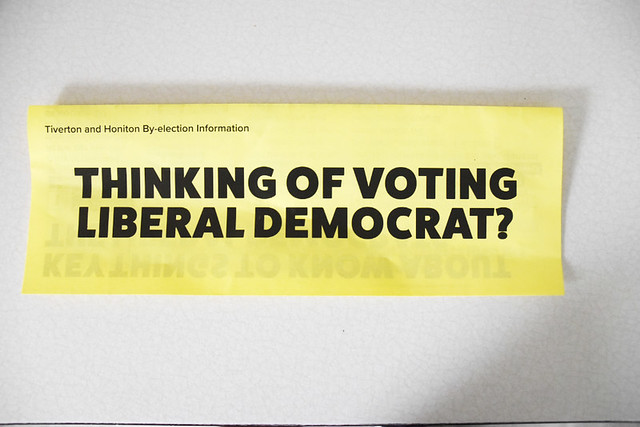 It had ‘Thinking of Voting Liberal Democrat?’ in big, bold black letters on a yellow background. I don’t know why, but this time I opened it.

Inside were five points under a heading ‘Key Things to Know About the Liberal Democrats.’

The first was that they want to re-join the EU. At this point, I thought it was a leaflet from the Lib Dems.

The second point about voting against plans to strengthen borders didn’t change that view. But the third point, which referenced child murderers and sex offenders, had the alarm bells sounding and I realised I was supposed to be shocked and outraged at the previous points, not nodding in favour. The third point also mentioned that the Lib Dems were soft on crime … on the same day Boris Johnson faced a vote of no confidence after breaking the law. Remind me, who’s soft on crime?

Point four was about the Lib Dems increasing the cost of living. It was as ironic and hypocritical as the previous point. And the final point, the real baddie, was that the Lib Dems were plotting to put Labour into power. 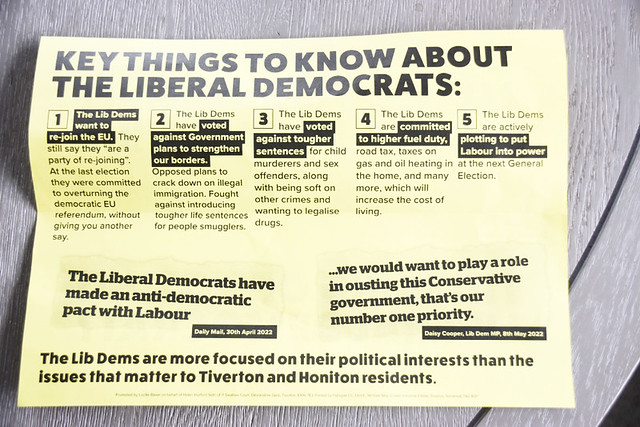 By this stage, its sleazy ‘you’re in my club’ tone was beginning to make me feel grubby, like the times I’ve been in a taxi and the driver spouted something racist, assuming I’ll automatically agree.

If its intention was to cause outrage, then mission accomplished. I was outraged that whoever wrote it assumed I’d have the same small-minded view of the world as they clearly do. But who did write it?

It wasn’t instantly clear; there was nothing in big letters to reveal the culprit’s affiliation; although, it wouldn’t take an opium-addicted detective to figure it out.

The law regarding the production of political leaflets means they must show who printed it and on whose behalf. In tiny print at the bottom of the page lay the answer – Lucille Baker on behalf of Helen Hurford, the Conservative candidate. As denouements go, it was hardly twist in the tail levels.

However, as political leaflets go it was highly effective. It completely swayed me, but not in the way its author wanted.

I haven’t made up my mind who I’ll vote for in the Tiverton and Honiton by-election. But it sure as hell won’t be for anyone who produces leaflets like this. 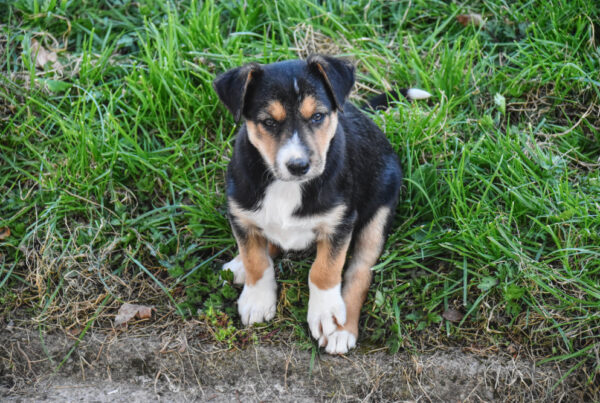