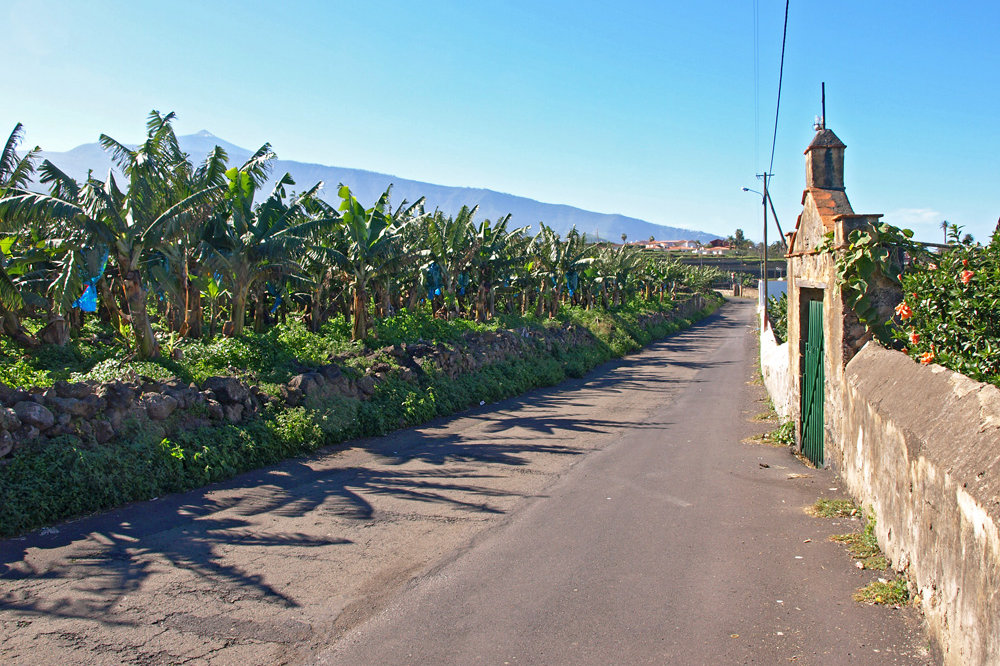 A Cautionary Tale about Writing on Tenerife

Andy’s book The Banana Road documents our life on Tenerife – the good, the bad, the sad, and the downright shocking. Shocking because occasionally we encountered practices that we, in our naivety, would never have imagined could take place in a modern European destination.

Over the years we lived on Tenerife, we notched up so many unexpected/interesting experiences, Andy couldn’t fit all of them into her book. There are still tales left untold. This is one.

It didn’t take us long to discover business on Tenerife wasn’t always conducted the way we were used to. Both our jobs before we left Britain involved dealing with various private sector industries, local governments, and academia. In business terms, we had experience of working with a wide spectrum. On Tenerife we had to forget everything we knew and learn all over again how to conduct business, or not, with various entities.

Quite early on, a friend warned us that there was a culture of businesses not paying for work conducted. Initially we took the advice with a pinch of salt, until we discovered the reality for ourselves. It was an ethos which came down all the way from the top.

We were thrilled when one of Tenerife’s councils contacted us to commission a series of articles about the municipality, written in English as the council wanted to attract more Brits. We met and hit it off with their marketing team. A fee was agreed for three 500-word travel articles, and a contract signed. Over a couple of days, their marketing team showed us around the municipality, pointing out the things they wanted to promote, stopping for coffee and cake every now and again as we wandered. We took photos and notes as they fed us the sort of insightful information you only get when you can communicate in the language of the place you write about. At one point, two of the team excused themselves, saying they had to get back to the office as they had an important deadline to meet. We passed them half an hour later in a clothes shop, trying on dresses. We liked amusing little foibles like this, they were all part and parcel of learning about how a different culture operates.

We wrote the first article and sent it to the marketing team. For a couple of days we heard nothing. Then, at around 9pm on a Friday night, we had a phone call from the head of the team.

“We love it,” she told us. “Everyone loves it. Our mayor really wants to read it, but she can’t speak English. Can you re-write it in Spanish and send it to us tomorrow morning?”

There’s a world of difference about how things are written in Spanish and how they’re written in English. We knew this from time spent pouring over Spanish text in libraries, trying to find useful/interesting information. There can be a tendency for a more flowery approach. A page of text in a local guidebook would be 80% poetic description, 20% useful info. Our articles had been written specifically for a British market and included cultural references that simply wouldn’t work in Spanish. Additionally, whilst we can communicate in, and read, Spanish, we don’t have a good enough grasp of the written language to be able to write a travel article that wouldn’t sound as though it was penned by a barely literate five-year-old. Most importantly of all, we hadn’t based the price we’d agreed on six travel articles, three of which would be in Spanish.

“We can’t,” we told her. “We can’t write it in Spanish. And definitely not by tomorrow morning.”

“But you’re in Spain,” she countered. “You should be able to conduct business in Spanish.”

Andy pointed out that all our business with them had been conducted in Spanish, even though the work they’d commissioned was for English articles, and asked if the marketing team couldn’t translate the 500-word piece themselves. There were four of them, all fluent in English.

“We don’t have the time,” the girl was outraged at the suggestion. No doubt it would eat into vital shopping plans. “You have to do it, we have an agreement, and our mayor wants to read it.”

Her tone had taken on a distinctly petulant tone.

We reached an impasse. They wanted it written in Spanish, but we couldn’t deliver that unless we used a professional translator, which would cost money. But they refused to increase the amount agreed, even though they’d added additional time-consuming and expensive work out of the blue just because the mayor couldn’t read English.

We told them to keep the article we’d already written to use if they wanted or not, free of charge, but that we wouldn’t be writing any further articles. It was just another experience of the way business on Tenerife can be conducted in a slapdash, Wild West manner.
It wasn’t the first time people in positions of authority tried to re-arrange the goal posts after contracts were agreed, but it was the last.

We steered well clear after that.