By Jack MontgomeryMay 19, 2021No Comments

Starting with a title like that is just asking people to take free potshots at me.

But it’s true, I can’t write; not at the moment.

Stephen King is partly to blame, but so is David Cameron. Then there’s Covid. And finally, there’s the need to keep schtum, just for a wee while at least. 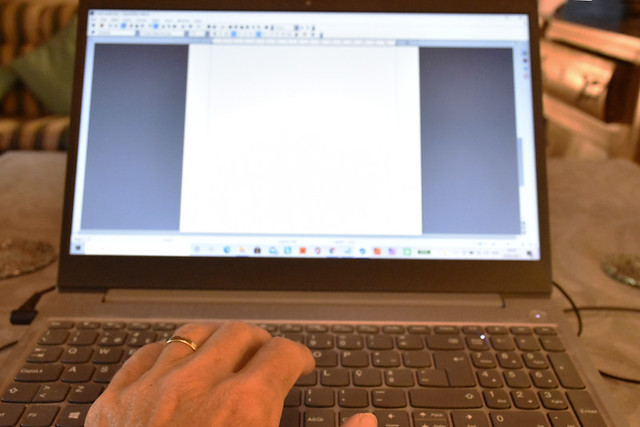 Covid has shackled my pen hand for obvious reasons. I write about travel on our Buzz Trips website. If there’s no travel, there’s little motivation to keep producing travel-related articles. It would feel false and forced to write about locations which had our mouths impersonating that little shocked-looking emoji or travel experiences we still nostalgically roll about in our beer glasses at the end of the working day.

David Cameron is responsible for Brexit and Brexit is, partly, responsible for our decision to relocate back to Britain. After nearly twenty years away there’s an awful lot of admin to sort out before we can take to the highway as Brexit refugees. This admin covers two countries not known for their simplicity when it comes to bureaucracy. Having an elaborate spider’s web of tasks hanging over our heads, with the clock tick-tocking its way down, isn’t the best environment for prodding the creative cells into action.

With four weeks remaining before we were due to depart from Portuguese shores or, more accurately, a long, wide strip of concrete just outside the centre of Lisbon, we took to the road and headed north to walk 200km in nine days, broken only by 24 hours lounging in a comfy and classy Parador in the old quarter of a Spanish town. The quarter might have been old but the atmosphere was sprightly despite curfews and confusing restrictions which changed from town to town. The purpose of the pause was the publication of Andy’s book, The Banana Road. As the reason for the trip was for work, much of the details have to remain under wraps for the time being. Which means I definitely CAN’T write about that. 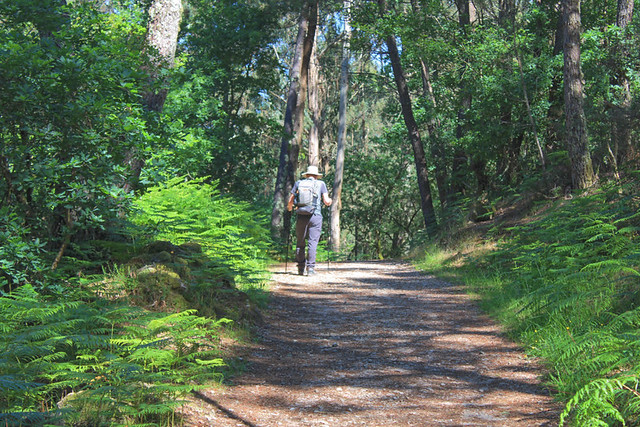 And then there’s the main culprit, Stephen King. Back in April I completed the first draft of a book, a work of fiction; something which is a complete change of direction for me. Stephen King’s advice is that once a writer completes that first draft, they should walk away from the book; put the manuscript in a drawer if they’ve handwritten it, or bundle it away in a file in the laptop if they’ve embraced the 21st century. There it should sit undisturbed, not even peeked at, for at least six weeks before work on the second draft begins. It’s not an easy thing to do. You spend months with these characters, watching them grow and seeing how their story develops, and then you have to completely turn your back on them, ignore their cries for at least 42 days, when there’s an overwhelming urge to pop in and hang out with them again.

The six weeks have passed, but there’s no point in starting on that second draft as it will demand all my attention, and there’s the little matter of moving country to contend with first. So it’ll be another four weeks till I can get back to my baby.

And that’s really why I can’t write. How can I possibly concentrate on creating anything else when there’s a manuscript screaming at me all day long, begging that I hug and caress it, and mould it into something that is in a fit state for public consumption?