It’s been a quiet Natal on the farm, unsurprisingly. Christmas has consisted of lazy days lounging on the sofa beside a roaring fire; watching films that made us weepy; grazing non-stop on lashings of food (good stuff, no junk); and daily walks in the forest.

We made citrus and ginger muffins and mince pies which we shared with Dona Catarina and neighbours L&A, and soda bread that was shared with nobody. DC brought us a small Bolo-Rei (a traditional Portuguese Christmas cake) in return, whilst L&A gave us a houseplant and a bottle of sparkly wine. On my first bite of the Bolo-Rei I nearly broke my teeth on a diminutive porcelain king. This surprised me for two reasons. The first being I thought the item hidden in the sweet depths of the cake was supposed to be a bean. The second was that it’s a practice which was prohibited in the 1990s due to the risk of choking. 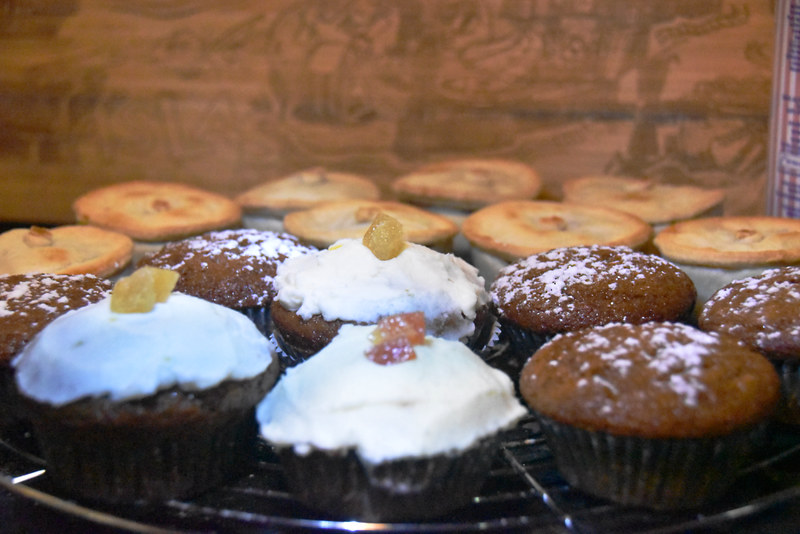 To counter the effects of festive over-indulgence, we’ve completed a circuit of the cork forest each day. Well, partly to counter over-eating, and also to warm up; the temperature outside the house is far friendlier than inside (except for the living room where the wood-burner is located). Each day has dawned cloudless, meaning the sun warms everywhere outside when it’s up and dancing across the sky, but it becomes bitterly cold when the golden orb clocks off for the day. The temp in our kitchen was 7C for the last couple of days, and the kitchen is not even the coldest room in the house. That accolade goes to the ‘office’, located at the furthest point away from the warm living room. Subsequently, the living room has become the office, whereas the office is doubling very effectively as a cold-food pantry.

The first was inside the farm’s boundary. At some point in the hours between our last visit to the woodpile the previous day someone (i.e. DC) had erected a hessian and rope fence which completely blocked off access to both the woodshed and the washing lines. Why this barrier had been constructed was mystery number one. There seemed no logical reason why DC would bar our access to two essentials – the lines for drying clothes and our source of heating. We pondered it whilst we walked.

“Maybe DC’s got COVID?” Andy offered. “And is quarantining all the areas she’s been.”
This was pooh-poohed by me on the grounds that it was highly unlikely that DC could have been diagnosed as having Coronavirus in the time between her putting her lights off the previous night and getting up that morning. The only explanation I could see was that L&A had thrown a small party the previous day. There were only six people and it was held outside, but DC can get twitchy if there are ‘strangers’ about. Possibly she blocked access to prevent these ‘strangers’ from wandering. 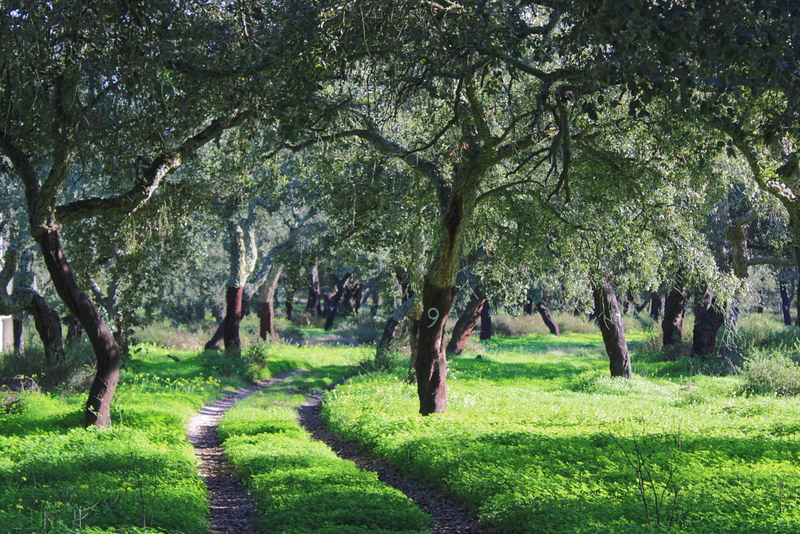 The question of the blocked path was quickly erased when we encountered a smoking fire on the edge of the cork forest. There are often small fires in the open field adjacent to the forest, but there are usually farmers around, and they are clearly being managed to burn old scrub. This was actually in the forest, there was nobody around, and the surrounding area consisted of dry grasses, dead wood, and live cork trees. It could go up in a second. Still, we hesitated, unsure of whether the fire had a purpose or not. Normally Senhor L, the landowner, does regular circuits of the forest, making sure thieves aren’t stripping bark from his trees; however, with it being Christmas we hadn’t spotted him for a couple of days. There was nobody around to check with.

As we moved closer to the smoking mound, a log straddling the ashen circle burst into flames. This made up our minds for us. We scooped up handfuls of sandy earth and covered all the sections that were puffing away, dousing the flames in the process.
If it had been a farmer who’d set it, tough. It was dangerous. You might expect farmers to know what they’re doing when it comes to burning scrub, but too many wildfires around the world are caused by negligent farmers.

We completed our circuit, passing by the fire again after an hour to make sure it was out … as far as we could see. As soon as we returned to the finca we sought out DC to tell her about what we’d encountered. DC did what we hoped she would, she immediately got on the phone to Senhor L to warn him about the fire in his forest. The jungle drums here are wonderfully effective, the neighbours all connected so that potential problems can be quashed quickly.

Potential raging forest fire averted, we then asked her about the ‘blockade.’

“It’s because of the danger of the leaning palm tree,” she laughed, pointing to the wide trunk of a long-dead palm which teetered to the point it now curved over the path like half an archway. Some of it had fallen onto the path and DC didn’t want the rest of it collapsing on top of any of our heads. Simple as that. One mystery solved.

The other mystery, how a fire broke out in the forest in the first place, remains worryingly unsolved.